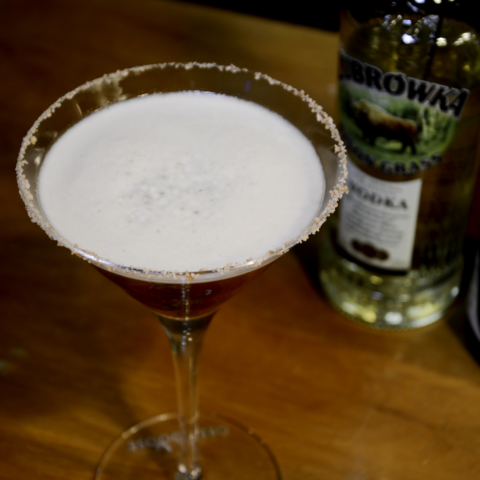 TWO ROOMS FEBRUARY cocktail is “Umeboshi Plum Blossom”
made with Plum wine (Umeshu), Żubrówka vodka,
Its flavour is unique and is described as having vanilla, coconut, cinnamon
and almond notes and Pineapple juice, rimmed with homemade Umeboshi Plum Salt.
After the taste of mellow and fragrant umeboshi salt,
the rich flavour of plum wine and Żubrówka vodka
and the fruity aroma of pineapple tickles the nose one after another.
Long-lasting sweet and sour taste is outstandingly compatible with
our Char Grilled BB Farm Sangenton Pork.